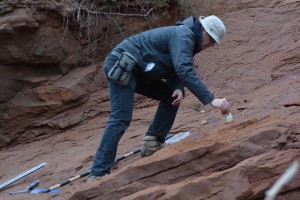 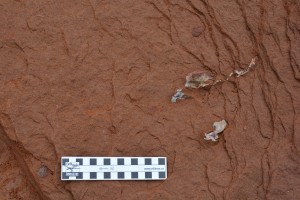 This is what the new Fundy dinosaur bones looked like when found on Halloween Day. 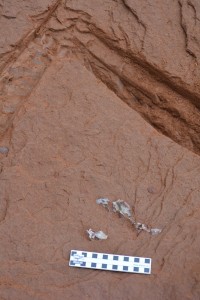 A channel was cut above the dinosaur bones to prevent rain from washing over the specimens. 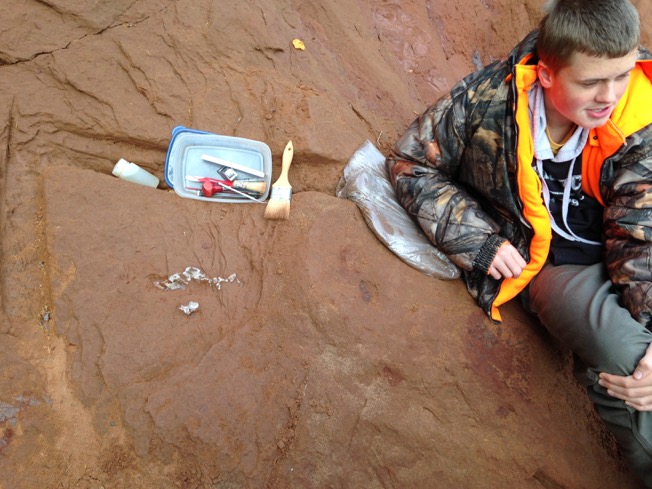 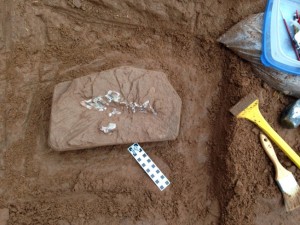 The block with dinosaur bones is now ready to be removed. 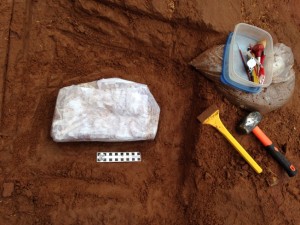 Paper towel is placed over the dinosaur bones and rock, a protective cushion. 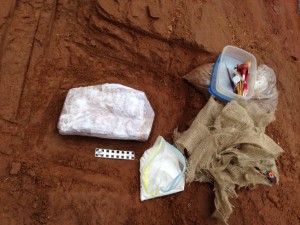 Plaster is mixed and strips of burlap dipped in plaster are wrapped around the block to make a hard and protective field jacket. 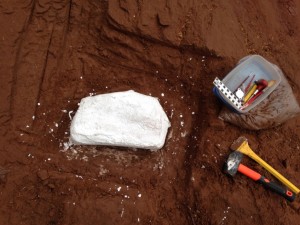 The plaster and burlap field jacket dries for thirty minutes and is now hard, protection for the rock and bone. 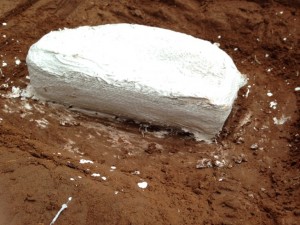 Side view showing the jacket surrounds all edges of the sandstone block. 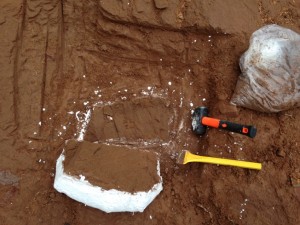 A hammer and chisel are used to free the sandstone block and dinosaur bones from the cliff. 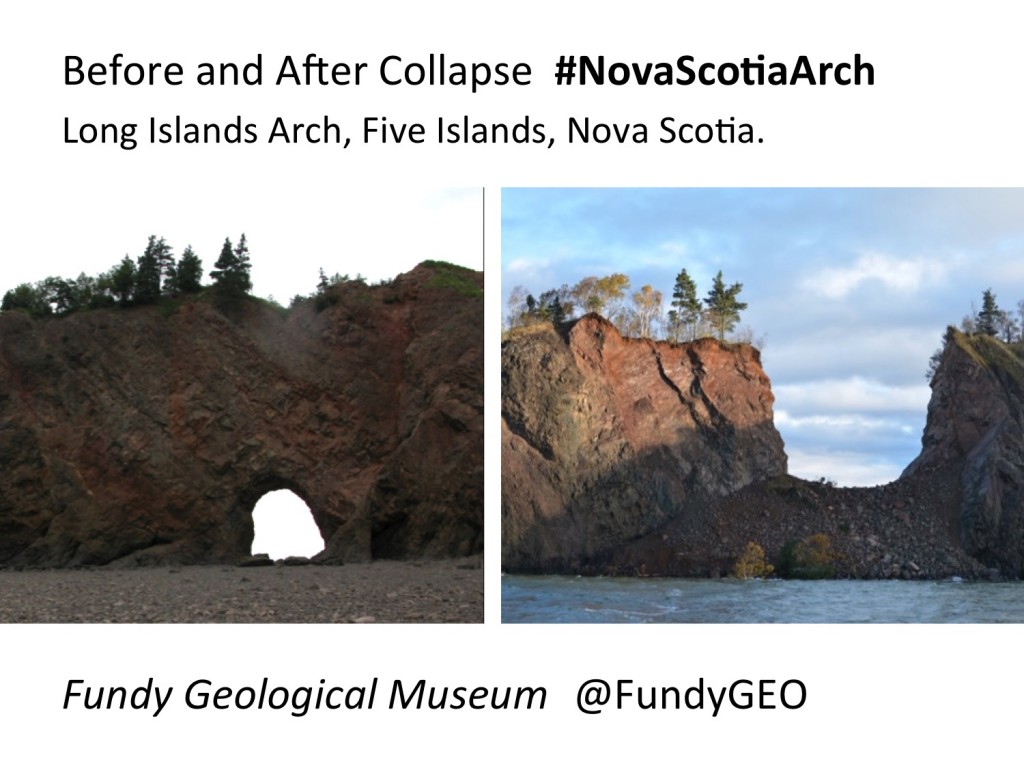 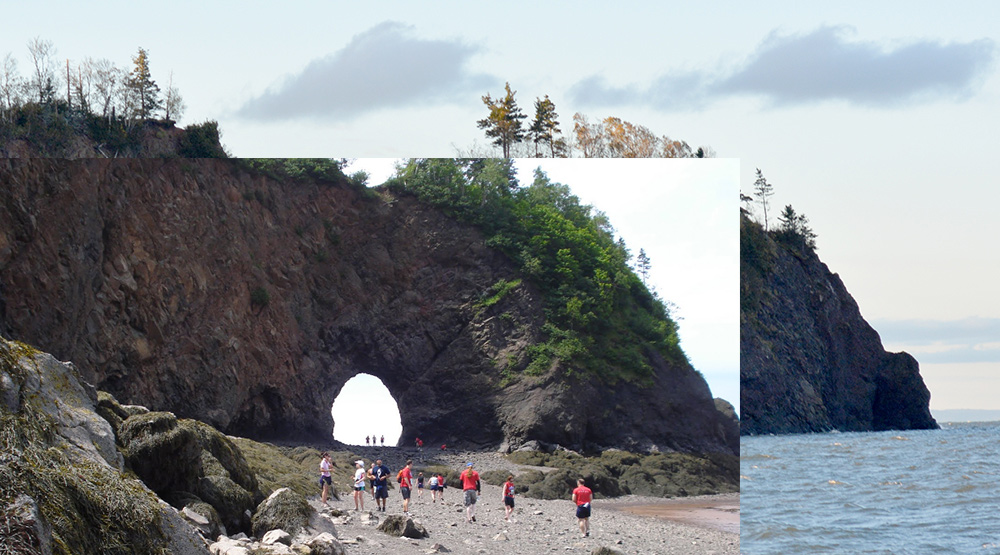 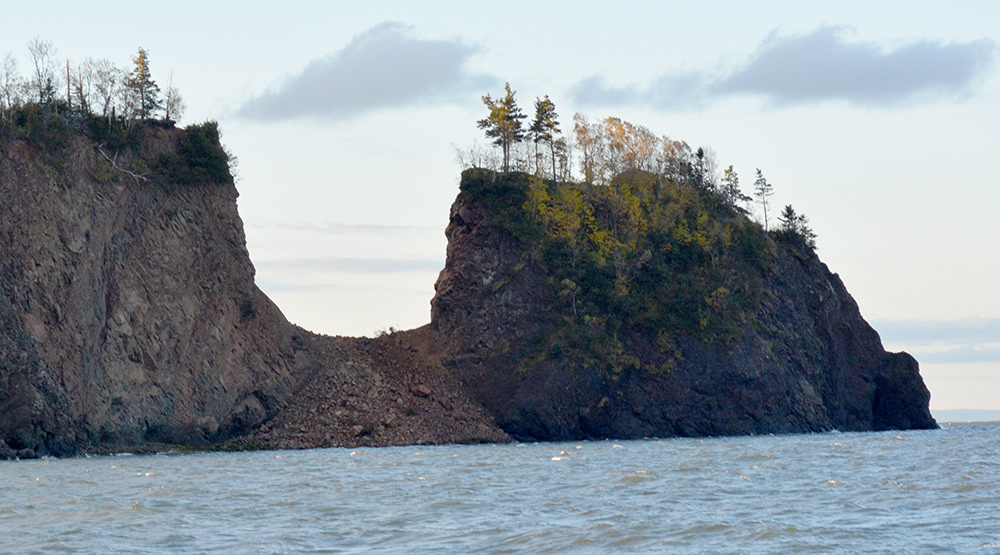 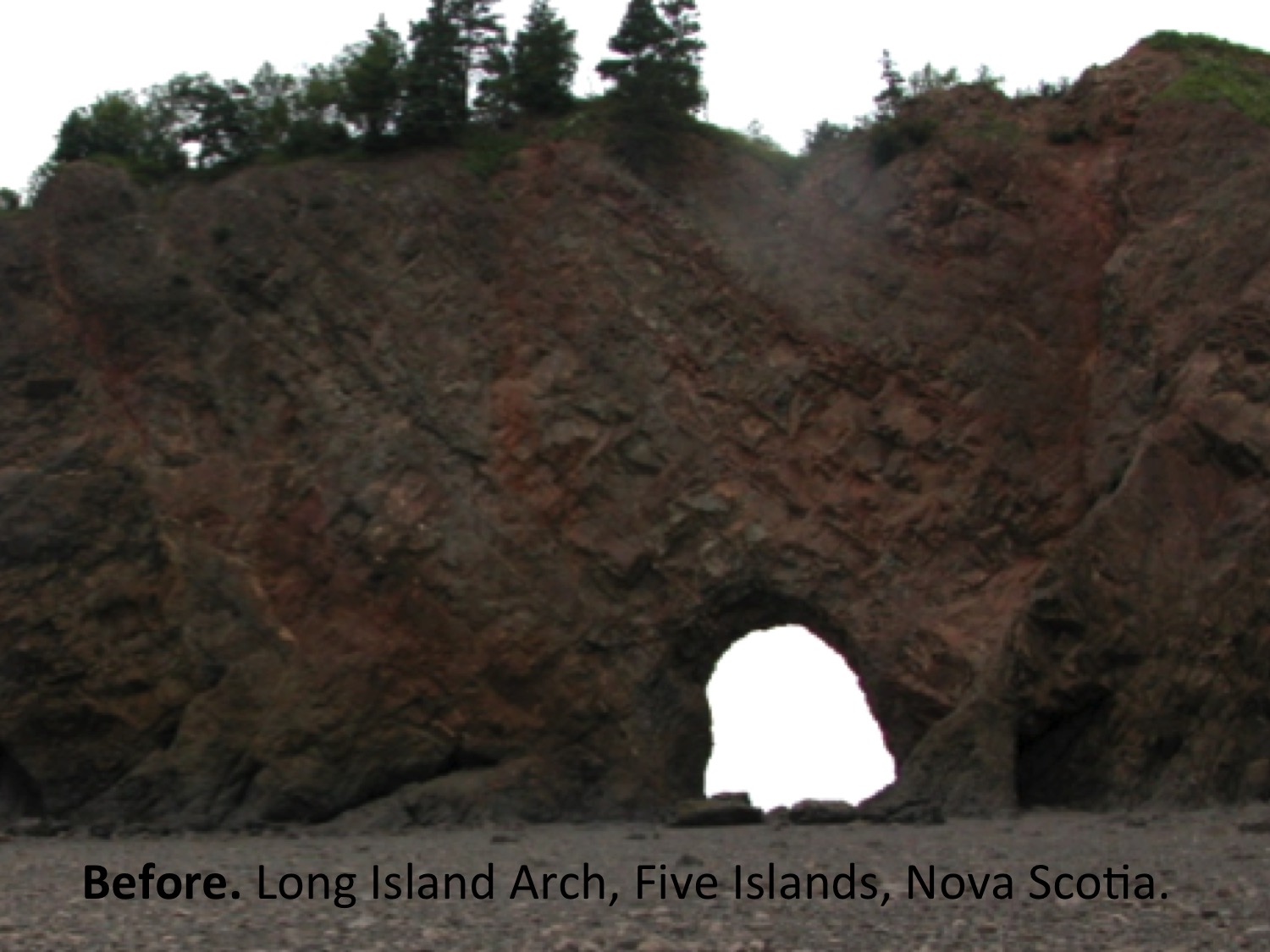 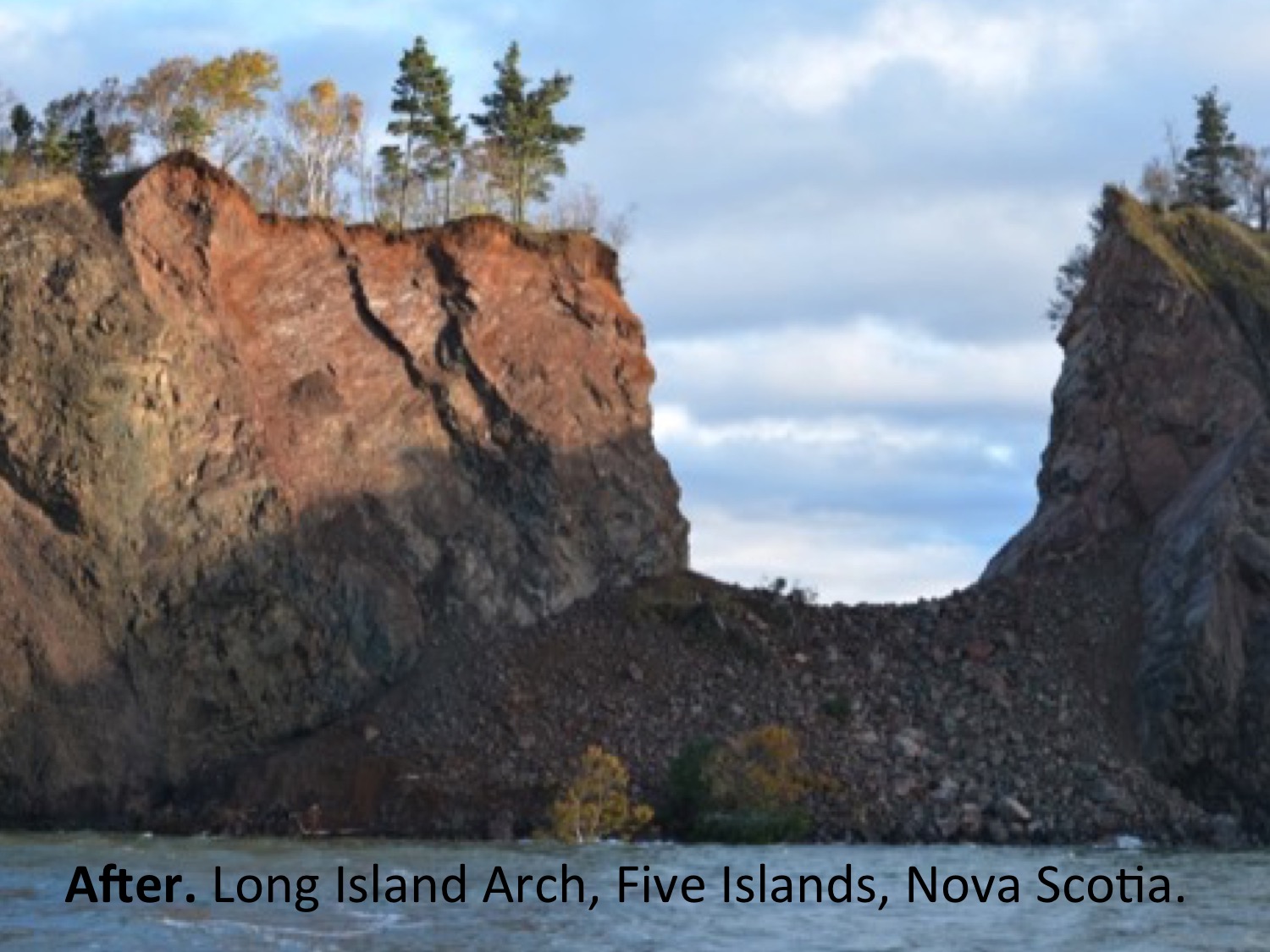