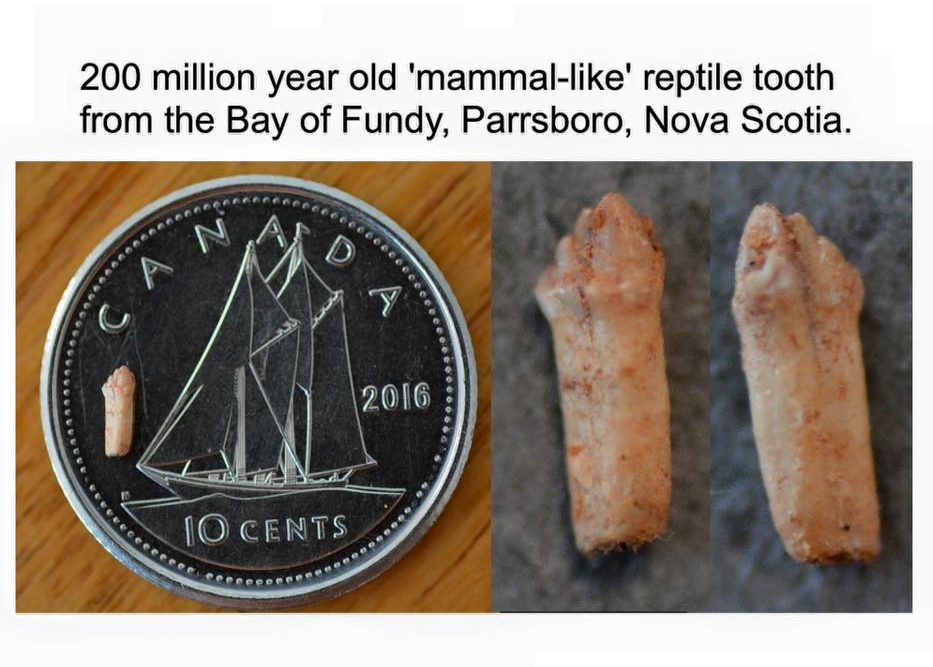 The staff and volunteers at the Fundy Geological Museum are collecting 200 million year old teeth bones from a site on the Bay of Fundy shore. These are important discoveries because these sandstone rocks contain the fossils of animals that survived the end-Triassic mass extinction.

The researchers are examining sediments from a Jurassic aged river found in the McCoy Brook Formation, near Parrsboro, Nova Scotia. The red cliffs are made of fine grained sandstone and mudstone, and preserve the bones and teeth of animals that lived during that time. For several days the field crew of Museum staff and volunteers have worked in blazing Nova Scotia sunshine and made some great discoveries.

On June 26 – the field crew has found several small teeth that are of great interest. One of the most spectacular finds is the premaxilla (tip of the snout) from what may be a meat-eating (theropod) dinosaur.

The new fossils will be cleaned and studied in the Museum’s Fossil Research Lab. Museum researchers will study them in detail in order to establish the identity of the animal.

Follow the Museum’s Facebook page http://facebook.com/fundygeologicalmuseum to see this specimen being cleaned and studied. Visit the Museum in Parrsboro to see the specimen for yourself.

The delicate bone was preserved in the fine grain sediments of a sandy Jurassic river. These river sands flowed into an ancient rift valley 200 million years ago. The bones were scattered down a river that cut through the sand dune landscape of the rift valley. The fossil bones tell a story from a time of great global change.

Museum researchers will continue to work at the site until June 28.

Wasson Bluff is protected by Nova Scotia Special Places Protection legislation. Research permits are required to examine the rocks and fossils at the research site.

The Fundy Geological Museum does conduct public tours of the site.
Check the Museum’s website for times and details. http://fundygeological.novascotia.ca 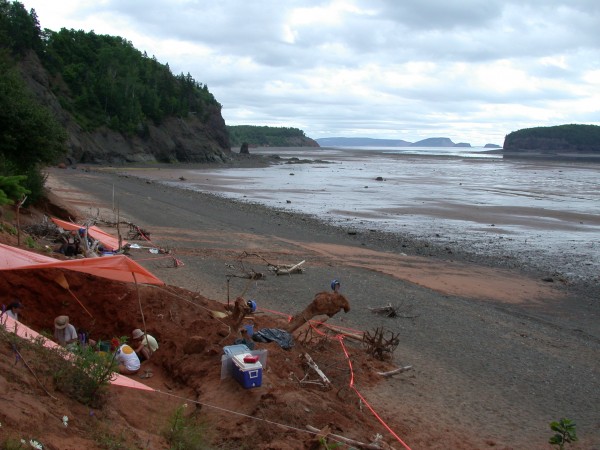