Last year the Fundy dinosaur field work focused on collecting all specimens on the surface of a  section of cliff at Wasson Bluff. The research team focused on collecting small elements exposed on the surface of the sandstone. After ten days of field work the Museum research team had collected over eighty specimens, including several Tritheledont teeth, and the premaxilla (snout) of a theropod dinosaur. 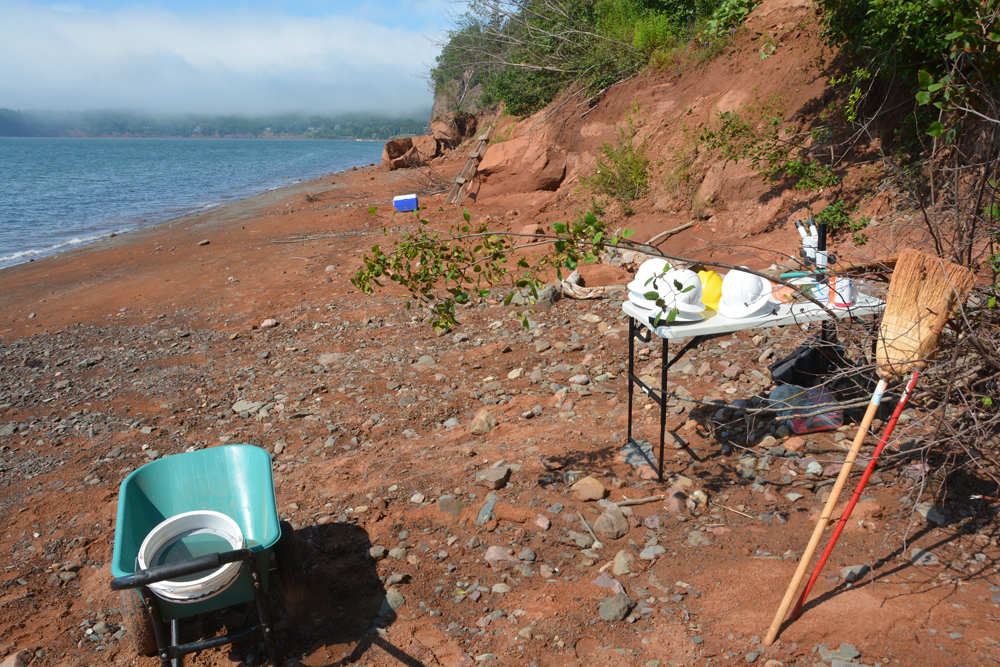 2017 Fossil Research Site – fog at high tide on the Bay of Fundy.

In July 2017, the Museum Research Team established the field site and collected specimens on the surface of the sandstone. Attention is being focused on Zone 3 and 4 of the field site to look for important dinosaur fossils. Several Tritheledont teeth have been discovered and collected. 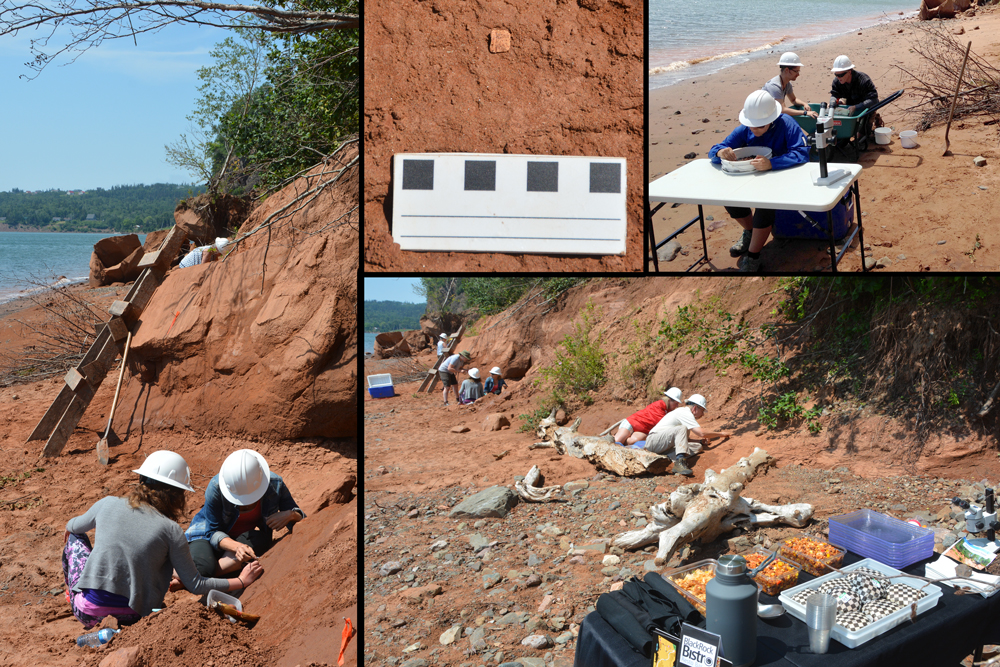 Collecting of small fossils from the red sandstone. A Protosuchus scute on the surface of cliff and other fossils were found while sifting the sediment. Lunch on the beach was delicious and there was a good weather for the boat trips.

While documenting the site and collecting the fossils, a list of specimens is made in the field book. The location of the specimens in the stratigraphic layers is identified, as well as the length and width. 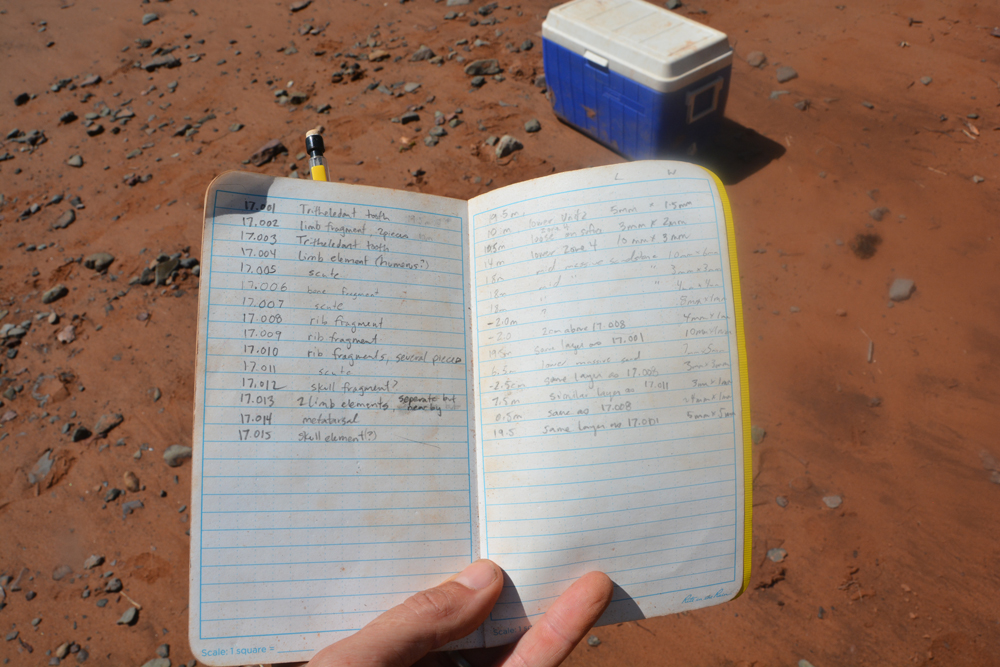 All specimens collected are added to the specimen log in the Field Notes.

Watch a Facebook Live Video from the start of field work in 2017.

The Museum Research Team is continuing to study these quickly eroding sandstone layers. The Bay of Fundy tides wash against the cliffs and cause rapid erosion of the sandstone. If not collected, the fossils will be destroyed by erosion from rain, wind, ice and waves.

Thank you to all museum volunteers and field crew participants for help during the first week of field work at the Research Site.

More field work is being conducted in August. Stay tuned for more updates or stay connected with the Fundy Geological Museum Facebook Page.